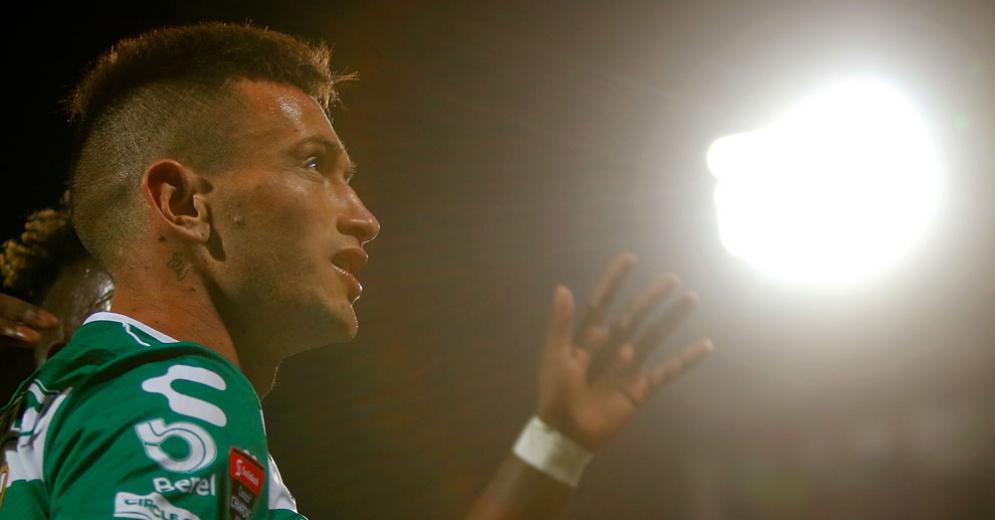 Santos Laguna looks ahead to its next match against Necaxa after going 6-1-1 in eight games over 25 days, where it amassed 24 goals for an average of three per game.

Lozano, whose wonder goal from midfield sealed the win to give Santos a 6-2 aggregate win in the quarterfinals, spoke to media on Thursday afternoon where he offered his thoughts on the next match for los Guerreros on Sunday at Estadio Corona.

"Necaxa is a team that has earned respect," he said after the team's training session. "The team has been doing well for a long time and we have to think about what we will do. We know that we let two games go with a defeat and a draw (against Leon and Veracruz), sonow we will work to get the three points on our field "

The speedy attacking midfielder insisted that a win on Sunday will be crucial in moving up in the table's top eight - playoff qualifying position.

"It's going to be an important match. We're both coming with the same numbers, only Necaxa is better positioned for goal difference. If we do things well we will position ourselves higher (in the table) to continue fighting for the goal."

With regard to Concacaf Champions League, "El Huevo" indicated that one of the group's objectives is to win the tournament:

"We are looking to win both tournaments," he said. "You always have to go step by step, match by match. Our first step will be the match against Necaxa, thinking about reaching a position that puts us within Liguilla qualification, and then we will focus on the Semifinals of the Concacaf Champions League (against Tigres)."

Finally, Lozano said the team is strong enough to make them contenders to win both the 2019 Clausura and CONCACAF Champions League.

"We are going to go for the two titles. We have the squad to do it, but we can not advance in anything. We know that it is something important for the club, for the fans, for us. We all dream of playing a Club World Cup, but we have to go with humility and match by match."