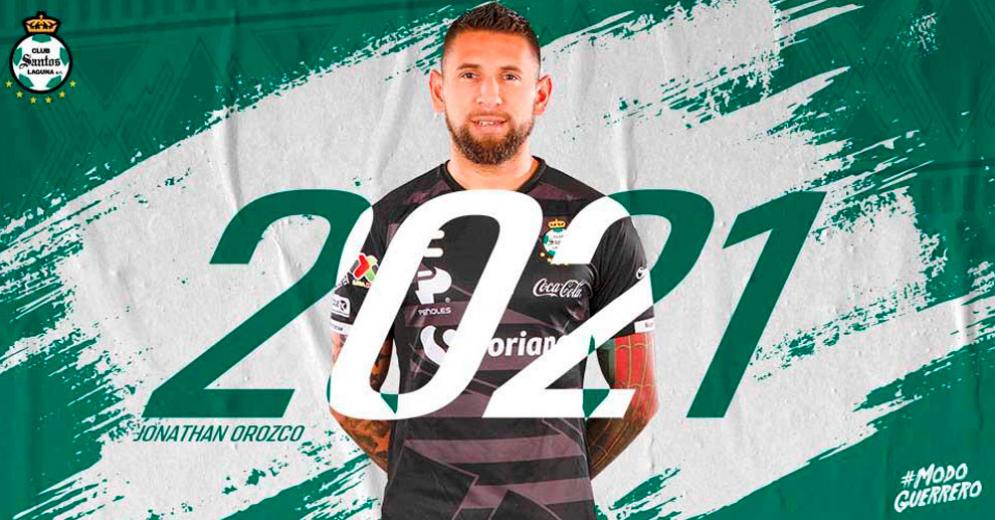 Jonathan Orozco and Santos Laguna have agreed to a contract extension through the year 2021.

The 33-year-old veteran arrived ahead of the 2017 Clausura and has been an integral part of the club's success over six tournaments, helping the team to four appearances in the Liga MX playoffs and its sixth league title where he played a fundamental role between the posts.

Earlier in 2019, Orozco was named team captain and completed 400 games in first division - adding more than 100 with Club Santos.

His hard work gave re-birth to his national team career with Mexico, where he's been a regular call-up under head coach Gerardo Martino and added a fourth Gold Cup title to his list of accolades this Summer.

"I am very happy in Torreón and with the team," he said. "I have owned the responsibility of being captain in the best possible way, obviously with that desire to win the seventh title and we won't stop fighting until we achieve it.

With three complete years already under his belt, Orozco is hungry for more with Santos Laguna.

“I won't rest until I lift the trophy as captain. It is an important challenge in my career. With this team, with the quality of our players and with how well managed we have been under Professor Guillermo Almada, I know we will achieve it.”

Beyond his role as goalkeeper and captain, Orozco says he will remain committed to the community where he's been able to flourish in the last three years.

"I'm more than committed," he added. I have always been firm in wanting to be here, I'm committed in the sense that more than just wanting to play, I'm committed to the institutional aspect, from helping others to "Ganar Sirviendo" which is the (philosophy of the institution), and what we're adding to La Laguna. Honestly it's something very important and it's something that I identify with."