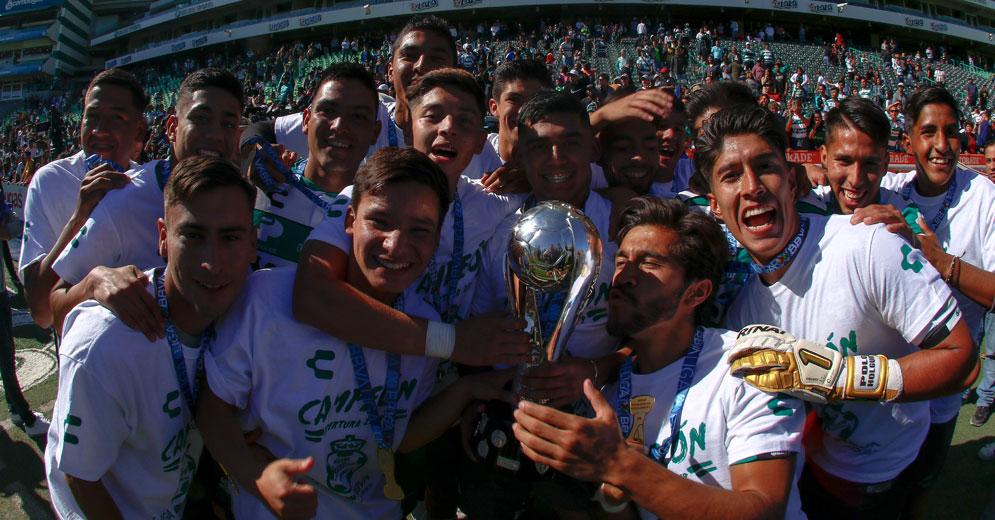 Santos Laguna U-20 is once again the Liga MX Champion. Los Guerreros lifted their 4th title in seven years on Saturday afternoon at Estadio Corona after defeating Xolos de Tijuana for the second time in a U-20 final.

After trailing a goal during the first leg at Estadio Caliente, Santos fought back in Torreón and sealed the 2-1 aggregate victory with goals in the second half by Adrian Lozano and Jordan Carrillo. It was Lozano's fifth goal in six games for los Guerreros in the 2019 Apertura Liguilla.

This tournament's championship is the club's fourth title since 2013, having won on average once every two years in the U-20 category.

"When you are more concerned with the process than the result, you're able to repeat the result," said Orlegi Sports director of football Jose Riestra after the victory.