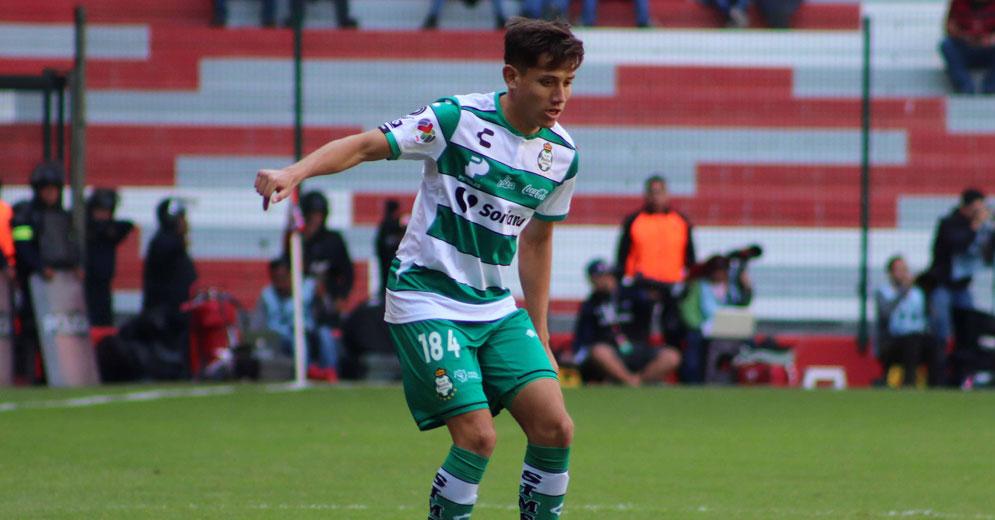 Defender Jonathan Díaz made his first team debut on Sunday, November 24, 2019 against Toluca, playing all 90 minutes in los Guerreros' 2-2 draw

The 20-year-old youth product arrived to the club in 2014 to compete at the U15 level and subsequently continued his formation with Santos at the U17 and U20 level.

Diaz was a regular and integral part of Santos U17 and U20 titles in the 2015 Apertura and 2017 Apertura, respectively.

He made his Copa MX debut with the first team the year prior on August 29, 2018 vs. Pachuca.

Díaz is characterized for transmitting security and balance in the backline, as well as his attacking abilities down the wing.