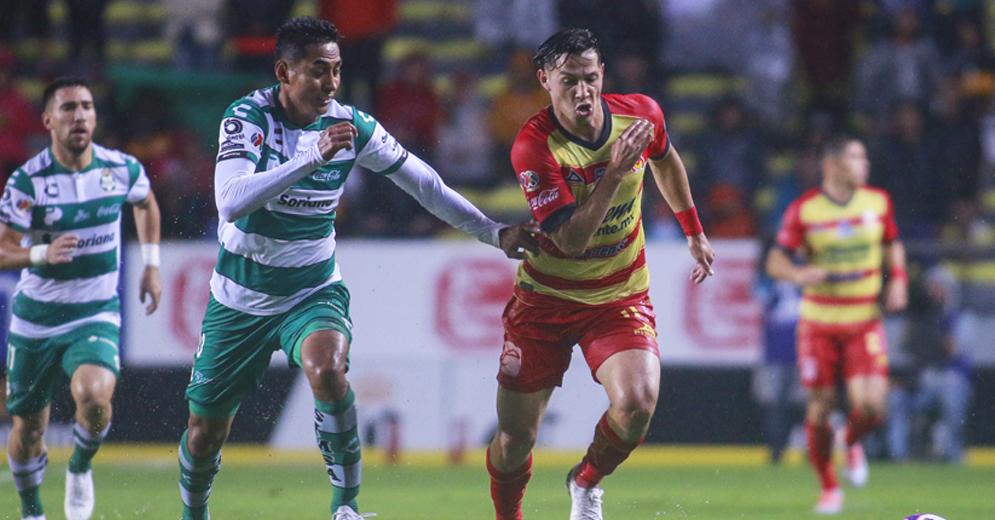 Grit and Spirit by los Guerreros salvages a point in Morelia

Los Guerreros came from behind to salvage a point on the road in Morelia on Friday night, thanks to goals by Diego Valdés in the first half and a late-minute equalizer by Hugo Rodriguez.

Valdés was a key figure in this match, with the opening goal and service into the area which resulted in the goal late into the second half.

In a highly entertaining, back-and-forth game, the hosts opened scoring in the 15th minute off a header by Carlos Ferriera which beat goalkeeper Jonathan Orozco, but Valdés equalized two minutes later taking advantage of a goalkeeper rebound on an initial shot by Julio Furch.

In the 42nd minute, Morelia pulled ahead off an angled shot by Edison Flores.

The match proved to be just as entertaining in the second half with chances by both sides. In the 62nd minute, Valdés was brought down in the area - on a VAR review, a penalty was awarded to Santos but Furch's attempt was denied by goalkeeper Carlos Sosa.

Down a goal, los Guerreros continued to pressure, drawing a corner kick in the 83rd minute. Valdés sent a ball into the area and Rodriguez finished cleanly with a header, beating Sosa for the equalizer.

With the point, los Guerreros are in second place with a match still to play when they host Queretaro on Tuesday, October 29. Offensively they maintain their first place standing with 32 goals.