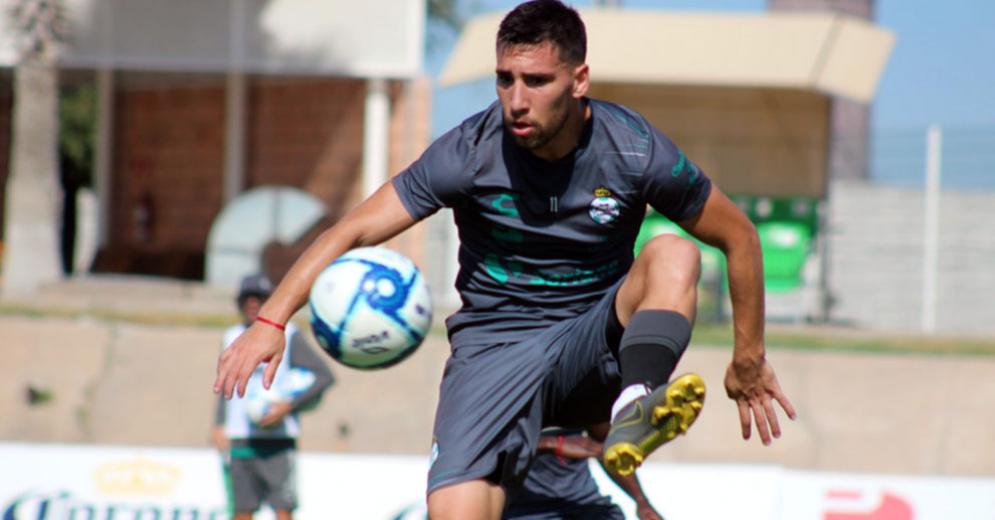 Gorriarán: Team's intensity has us where we are today

There's no doubt that Santos' strong start to the 2019 Apertura is credit to the union and hard-working mentality of los Guerreros. Newest addition Fernando Gorriarán, who came at the request of head coach Guillermo Almada, is a perfect example of what's working for the team as they continue in their quest to remain at the top of the table and inch closer to clinching a spot in the liguilla.

In a recent interview with Marca Claro, the 24-year-old midfielder broke down his first impressions of the club upon his arrival from Europe, where he recently won a title with Hungarian first division club Ferencvárosi TC.

"I am really happy here at this club, which has given me a lot," he said. "More or less (the level of Liga MX) is what I expected. It is a very intense and dynamic style of football so we have to continue working to improve and be at the top of the table. It is a top league, it closely resembles the pace of European football but I think the championship system is a nice thing. Any team can beat anyone and that makes it more interesting than any other league."

He credits the team's intense preseason preparation for their strong start to the 2019 Apertura.

"I never thought that we would go wrong," he insisted. "From the first day I arrived I saw the kind of group we are, the kind of players (we have) that have been seen and called by several national teams -  that reflects the work we have been doing and demonstrating on the field.

"The truth is that we did a lot of really hard work. We suffered a lot in the preseason, but that suffering is what is giving us results today and this week our training was reloaded."

"Gorri" touched on a dream he yas yet to fulfill but hopes it won't be too long before he makes it a reality: earning a call to Uruguay's national team.

"I was also very interested in the project of this club and there is the idea of playing for the national team, he said. "Today, it's Brian (Lozano's) turn and I am very happy because he deserves it.  I hope I can receive that call in the near future - it's something a player dreams of. I have no doubt about that. I think the best players are there there's a reason that play in the big leagues and in the best teams in Europe,  but one should not lose the optimism of one day having that call. It would be a dream, and for that reason I work every single day."