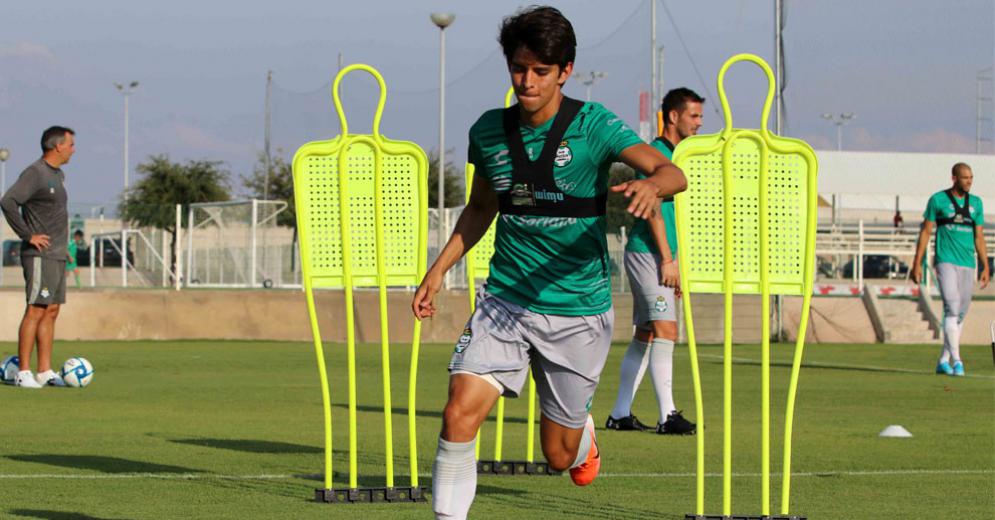 Emilio Orrantia offered some insight on what it is to play as a defender with an attack-minded style of play.

The 28-year-old Mexico City native, who returned to Santos Laguna after spending the last two years with Puebla and Club America, is eager to help the team win its seventh title in his ever-changing role.

"We're focused on our work right now," he said. "We have to know what our virtues and defects are so that the rival does not take advantage of them."

"Charral," who has assumed the starting role of right back, spoke about his unique attributes that are contributing and fitting to accomodate Guillermo Almada's attacking style of play.

"They are very similar," he said. "Being on the wing you have more defensive responsibilities, although the routes are practically the same, but in this position you spend a little more energy trying to defend, and when you are behind the attacking mids you must have more legs to aid in the attack.

“Since I arrived I have been working on both aspects (defensive and offensive)," he added. "In each game I try to make my deficiencies smaller and we work every day on our routes, spaces, our attention, rejections, and arrivals and shots on goal."