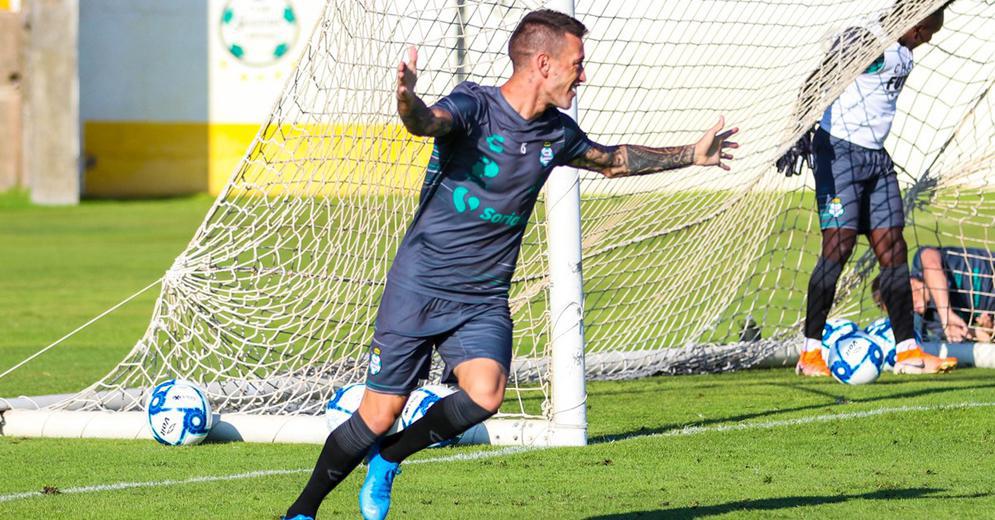 • After the morning training this Friday, the Warriors will receive two days off, resuming their activities next Monday at the facilities of Santos Model Territory.
• The Uruguayan team will face the Costa Rican squad next September 6, and its counterpart in the United States on September 10.

Santos midfielder Brian Lozano says that head coach Guillermo Almada's style has helped to get the most out of players' performances and was a factor in his earning a call to Uruguay's national team for the upcoming international break.


“First of all I am very happy because I am living a great moment in the team, in the individual subject I feel very good in the physical and football. Being called to the National Team of Uruguay for me is a pride, it is something I was looking for, today I have the opportunity and I will try to take advantage of it ”.


The Verdiblanco midfielder acknowledged that the narrow Guillermo Almada allows them freedom to perform on the court, a factor that influenced to have a better performance and thus be seen by his Selection:


“Guillermo Almada has helped us all so much, it gives us freedom to play. Each of us has put our grain of sand, we have worked hard and the results are being given. There are many colleagues who also go with their National Team, which means that we are doing quite well. ”


Regarding the break for the Warriors in the MX League, "The Egg" commented:


“We come with a string of matches in which we have been a very intense team, now there is a pause for many players, others will go to the national team, but this will help us rest, to clear the head a little of what we have been doing. Some players will stay here and will continue to work hard to keep pace and thus arrive in a good way to the next game. ”


On the great moment that Santos Laguna lives in the Opening Tournament 2019, he mentioned:


“We have been doing a very good tournament, we are in the first place together with Querétaro on equal points. The truth is that the team has worked from less to more, we have shown it in every game. ”