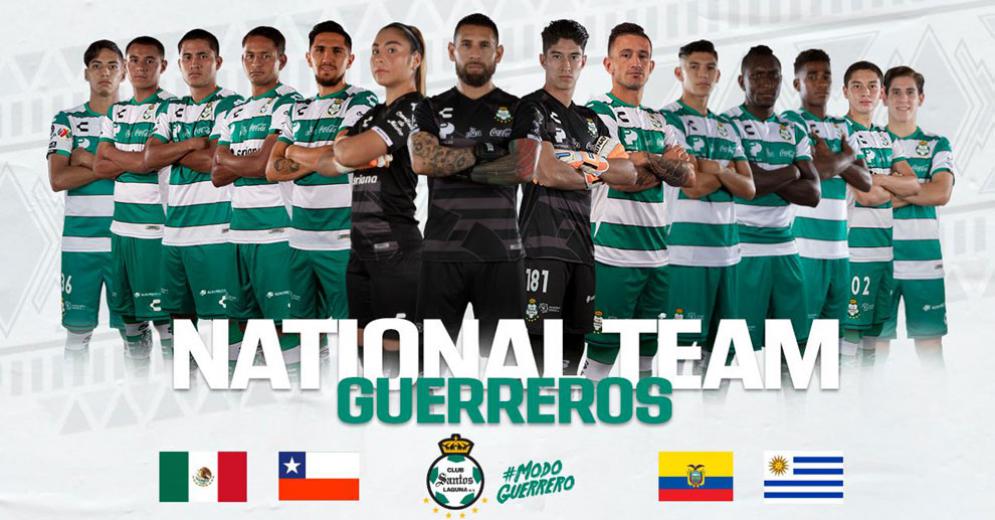 Nine players from Santos Laguna's first team have been called to their respective national teams for the international break during the first week of September:

Mexico U22 / Adrián Lozano and Gerardo Arteaga
Friday, September 6 vs. Japan in Celaya
Tuesday, September 10 vs. Cimarrones in Mexico City