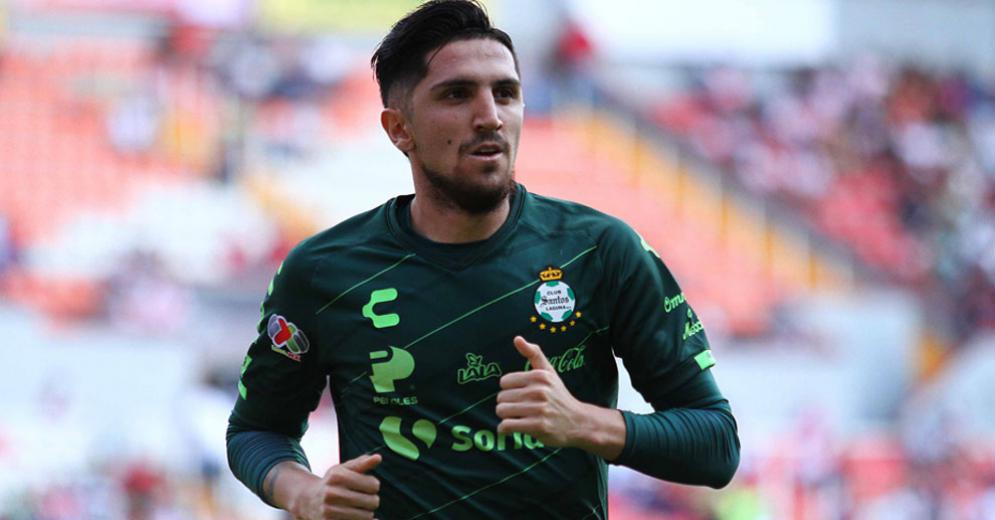 Los Guerreros returned to the training fields at Territorio Santos Modelo on Monday afternoon, putting Sunday's 3-0 loss behind them and shifting focus to this Friday's encounter with northern-Mexico rival Monterrey.

Chilean attacking midfielder Diego Valdés, who scored the 2019 Apertura's 100th goal last Sunday against Puebla at TSM, says the team is looking ahead to its upcoming obligations to maintain their position in the top places of the general and individual tables.

"We have to keep it up," he said after the game against Necaxa. "The team is fine, we're still generating a lot of chances which will help to keep us well at the top of the table in the future."

The Chilean number 10 said the team's first loss of the tournament came at the right time in order to correct imperfections so they can confront Monterrey in the best possible way.

“These kind of matches (against Necaxa) help you improve what is wrong," he said. "We have to work through it during the week to see what needs to be corrected ahead of the next game which will be very complicated, but we're thinking about going out and getting the win."

Heading into match week six, Santos boasts a strong home field advantage, where head coach Guillermo Almada is undefeated in five games since assuming the reigns at the end of last tournament. What's more - los Guerreros have scored 10 of their 12 goals in three of their home games this tournament, which has them currently at the top of the Liga MX scoring table.

Four of those goals belong to Brian Lozano, currently tied for first place with Tigres striker Andre Pierre Gignac. Julio Furch isn't far behind, with three goals to his name in five games and as the lone goal scorer in Santos' 1-0 victory against Monterrey at TSM in the 2018 Apertura.