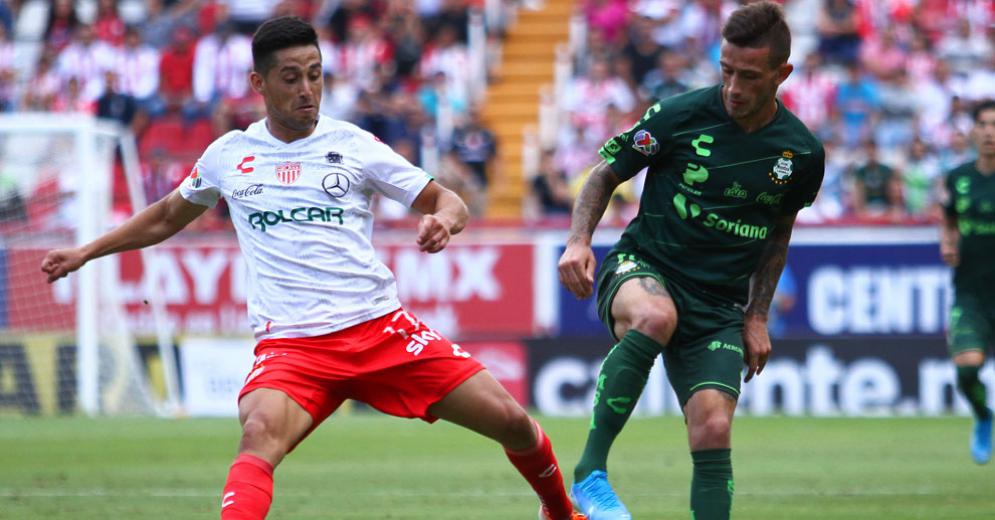 Despite first loss of 2019 Apertura, Guerreros maintain spot near top of table

Los Guerreros put on an offensive and dynamic display, generating 22 shots and one goal which was called back on a VAR replay where it was determined that there was a supposed foul on the play that initiated the counter attack by los Guerreros.

Necaxa's three goals came by way of Maximiliano Salas within the first 20 minutes of the second half, and and Mauro Quiroga sealed the 3-0 in stoppage time.

Beyond the result, Santos closes the match week in second place in the table with 12 points thanks to its four victories to kick off the 2019 Apertura, and will host Rayados at Estadio Corona on Friday, August 23.