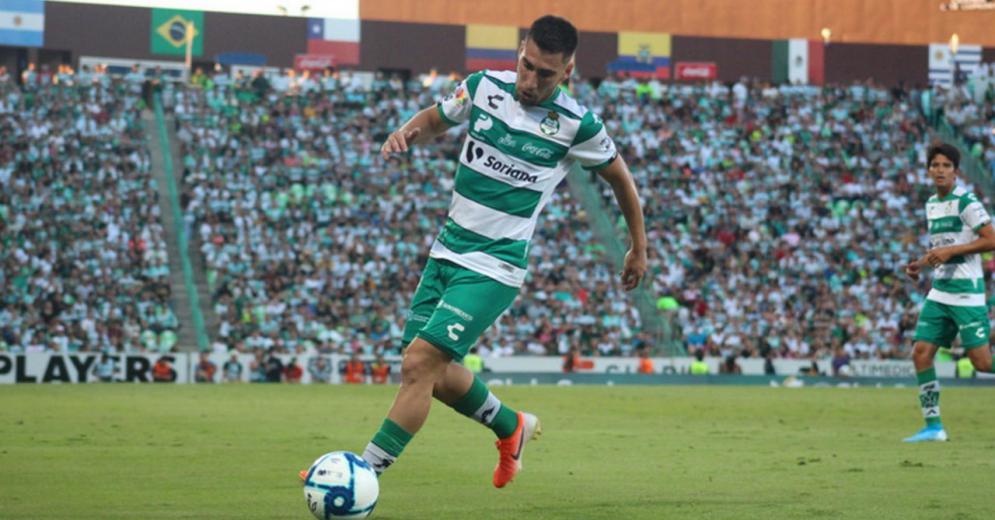 Fernando Gorriaran: In Liga MX, anyone can beat anyone

Santos Laguna midfielder Fernando Gorriaran in a press conference Thursday morning before los Guerreros set off for Guadalajara to take on Atlas this Friday in match-week three of the Liga MX.

"Gorri" offered his thoughts on the match, the mentality of the team, and how he's getting on in his first tournament with the team

“It's going to be a complicated encounter, just like the first two," he said of Friday's game. "The Mexican league is very competitive and anyone can beat anyone, so we have to be very focused to do our job, go out and look for the game from the first minute and try to win it.”

The Uruguayan said los Guerreros have the same game idea playing as visitors as they do when they have the home field advantage.

"We are going out to win, either playing at home or visiting," he said. "We will try to do our job, mark the territory with intensity, do what we have done since preseason with the intention of getting the three points."

On a personal front, he shared his dyanmic on the field and how he's adapting to the team.

"I have a very good understanding with Ulises Rivas," he said. "He's a little more stationary and that frees me, and on the other hand when he needs the freedom to get in the attack, I can occupy his position at any time."

Finally, he touched on how Santos has opened the 2019 Apertura is a credit to the hard work done during preseason under the command of Guillermo Almada.

“The fact that we are first in the table is nice for us because it's a reflection of what we did in preseason, what we suffered. In December, when the tournament ends, I hope we are in the Final. That's our goal.”