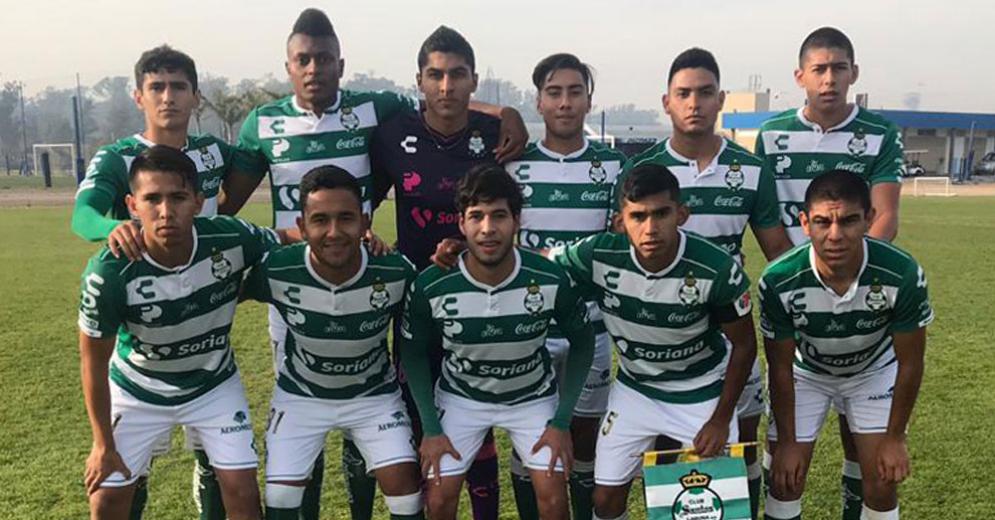 Continuing in its firm mission to develop players for the future, Club Santos Laguna has once again taken important steps invest in their preparation by taking part in high-level international tournaments in Argentina and China.

Beginning this week, the U17 team will compete in the prestigious Weifang Cup, an international youth competition in which teams from different continents meet year after year. Throughout its history, clubs such as Real Madrid, Benfica, VFL Wolfsburg, Sao Paulo, Villarreal and Sporting de Lisboa have participated, as well as national teams from several countries.

This year's tournament will feature teams from England and France, with Premier League side Wolverhampton Wanderers and Ligue 1 outfit OGC Nice among the 12 teams competing in the event.

Los Guerreros, led by head coach Mario Menéndez and technical assistant Juan Pablo Rodríguez, are pitted in Group A with Shandong Luneng, RCD Españyol, and Wolverhampton, and kick off their participation against the Spanish side on July 28. For the final two games in the group stage, they'll play Shandong Luneng on July 29, and conclude against Wolverhampton on July 31.

The three group leaders and the best group’s second-place team will advance to the semi-finals, and those four teams will draw the lots together and play for the top four places.

It will be Santos' second participation in the Cup, with the U20 team having played in the 2018 edition, where they faced Spartak of Moscow, China's youth national team, RCD Espanyol of Spain, River Plate of Argentina, and New Castle Jets of Australia.

Recently, the U20 team, led by head coach Omar Tapia, returned from their tournament in Argentina where they faced Boca Juniors, River Plate, San Lorenzo, Lanús, and Argentinos Juniors; going 1-2-2 and scoring four goals in five games - two of which came by way of U.S youth international Manuel Lopez.

At the U17 and U20 level, Santos Laguna holds six titles since 2013. In 2017, it became the only Mexican team to have won titles in both categories in the same tournament twice, when the U17 and U20 were crowned champions on the same day in the 2015 and 2017 Apertura tournaments.