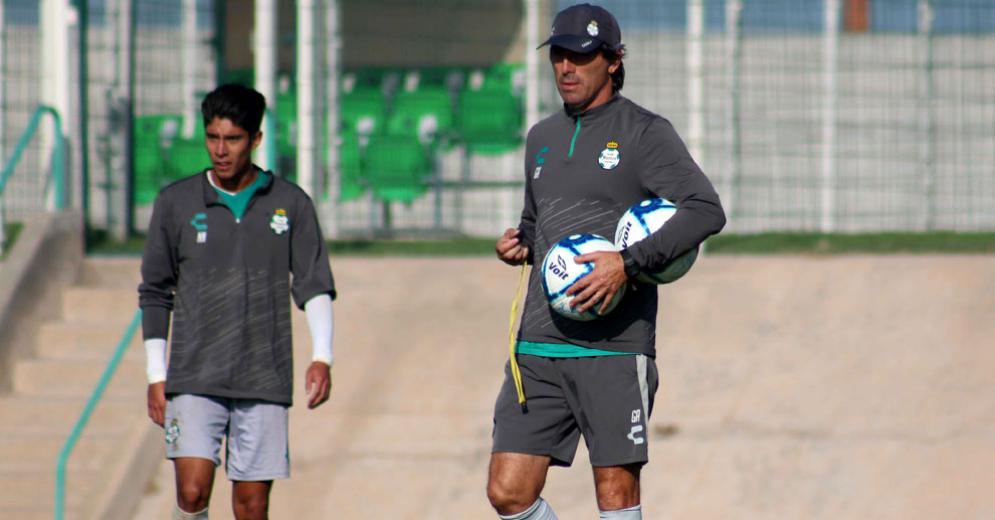 Almada: We always have to aspire to more

Santos Laguna has been preparing to host newly-promoted team FC Juarez this Sunday - a team that, according to head coach Guillermo Almada, will pose a high degree of difficulty for the second round of the 2019 Apertura, but will be a good test to measure early progress and adaption to his ideas.

"We have the responsibility to win," he said on Wednesday afternoon. "We need to reaffirm the things that we did well and improve those that we did not (against Chivas), and always in the pursuit of victory."

The Uruguayan head coach, who has imposed his idea of an intense and attack-minded style of play, insisted that his team will always be prepared to make the most of their chances on the field.

"Beyond what the rival proposes against us, we must know how to circumvent any chance they try to create," he said. "We'll try to work with different variants according to the situation of the encounter and try to take the leading role to do damage, to limit their virtues and exploit (their weaknesses).

"I would worry if (we) create 15 goal scoring opportunities and win by only creating one," he added

Los Guerreros opened their 2019 Apertura campaign against Chivas, with goals by Brian Lozano, Matheus Doria and Julio Furch for a 3-0 win. But despite the victory and number of goals scored -helping the team to a first-place finish to close round one - Almada acknowledged that there are still details to define and correct, continuing with the mentality that his players must always look to improve week after week.

"(We) always have to aspire for more," he said.  "We've shown good moments. At the beginning it was a close game because Chivas came out with many players in the midfield and in the back and it's not easy to get around so many (bodies). It makes it more difficult for the side carrying the weight of game, as was the case with us.

"We have to be more precise, find the spaces faster when the opponent is behind us," he added. "It's not an easy thing to do because there is less space between players and our decisions have to be quicker."

Los Guerreros will host FC Juarez this Sunday, July 28, at Territorio Santos Modelo. The game will be broadcast in the United States in Spanish and English via FOX Deportes and FS1, and kicks off at 6:45 p.m. central time.