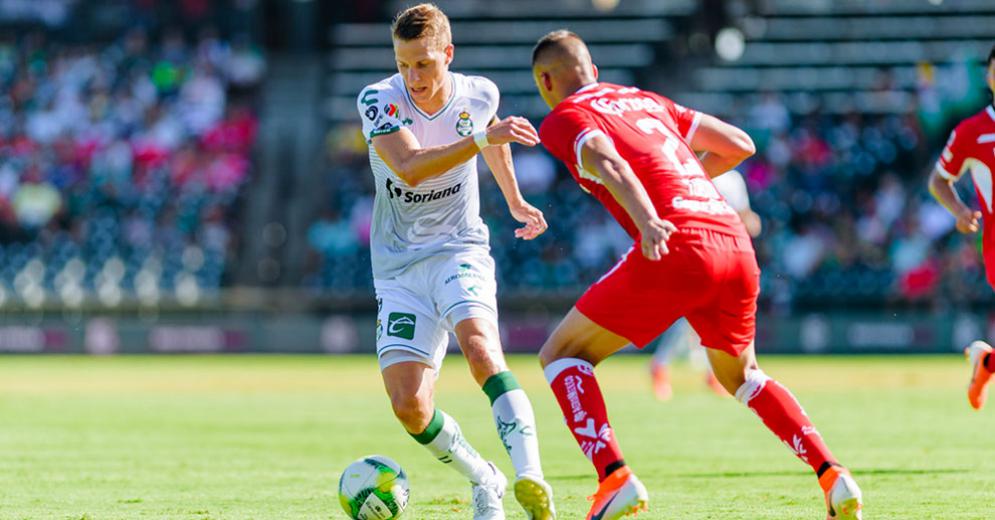 "I feel good, it's a new challenge for me, although in the last tournament I was close to the captains, we have come together a lot. Now as one of the captains is a bigger responsibility, trying to keep the group as good as possible is the mission that I propose personally, after everyone is ready and prepared to give the best to Santos Laguna. "

In another order of ideas, the South American forward shared his point of view on the style of play that they have practiced under the orders of strategist Guillermo Almada:

"It is leaving a good image, little by little we are mating, there are new partners, the style of the Technical Director (Guillermo Almada) must be assimilated. The idea of ​​the Professor is serving us a lot, the truth has given us a boost to those who were playing and those who do not, that is important, we are all fighting for a place and no doubt that a good tournament is coming. "

On what will be the hallmark that will characterize the Warriors in the next campaign, Julio Furch said:

"The intensity and the pressure are two fundamental points that we have worked hard during all the preseason, in the almost two months that we have, is what Guillermo intends. Although he has a good job and a good coordination from the goalkeeper to the striker, we have to work hard, we have done it, so we will try to make it the base of the team ".

The Argentine striker highlighted the number of arrivals generated in the preparation matches:

"In the friendlies we have generated many scoring opportunities, perhaps they have not touched me by chance or other points, but my teammates have had them and we have arrived with many people in the area, so it will undoubtedly benefit us. front, because when making a high pressure we will recover the ball near the opponent's goal and create the goal situations ".

This afternoon at the facilities of TSM, the Warriors held a practice focused on technical and tactical work.