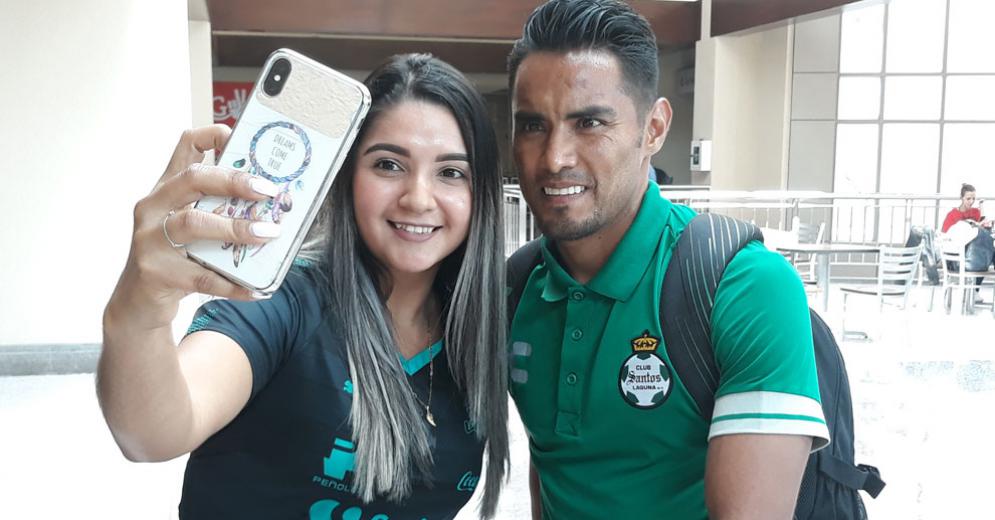 Club Santos Laguna touched down in Mc Allen, Texas on Wednesday afternoon, where they’ll play their first of two preseason games on July 4 against Monterrey.

Los Guerreros are set to face northern Mexico rival “Rayados” at HEB Park in Edinburg, offering local and traveling fans an extra special Fourth of July activity. The game will kick off at 5:30 pm central time with a special fireworks show to celebrate Independence Day.

“Monterrey is always a complicated rival for its players and because they do things very well,” commented Argentine forward Julio Furch. “It’s always a difficult rival.

“For us, we have it very clear and the idea is simple … to prepare in the best way this preseason in order to fight for the title.  And for tomorrow’s game, we know that we always have a great turnout when we play in the USA, and it’s nice to be able to see fans and offer them an experience they don’t usually get.”

With the area being well known for its quantity of Mexican soccer fans, locals are expecting a sell-out crowd.

After tomorrow’s game, the team sets off for Austin Texas, a five hour drive north of Mc Allen, where they’ll close their USA tour against 2018 Clausura final opponent Toluca FC at Dell Diamond Stadium on July 7.

Santos Laguna will hold an open training session at HEB Park for fans and media on Wednesday, July 4 at 9:00am, with media attention after practice.