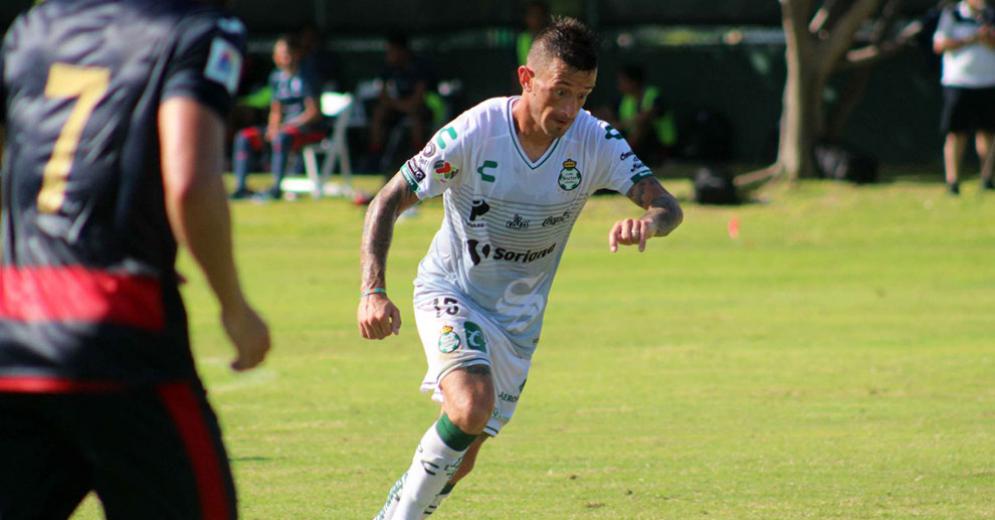 Santos Laguna played its first preseason preparation match ahead of the 2019 Apertura, defeating Costa Rican side C.S. Cartaginés 6-1 on Monday morning in Cancún.

Newest attacking additions Eryc Castillo and Octavio Rivero contributed to two of Santos' goals, while 17 homegrown players were included in the rotation of players over four periods of 30 minutes. Players Jonathan Orozco, Diego Valdés and Ayrton Preciado did not see action due to their respective national team responsibilities.

Castillo set up the first goal for Brian Lozano, who nabbed his second and the eventual winner off a direct free kick before the final whistle.

Uruguayan forward Rivero scored Santos’ third goal, and U20 Mexico international Adrian Lozano netted off an assist from Aguirre to make it 4-1 in favor of Los Guerreros.

Seven changes were made in the final 30 minutes, with Almada sending youngsters Héctor Holguín, Oscar Bernal, and Jonathan Diaz in for García, Hernández, and Andrade. Offensively, Edson Martínez, Jordan Carrillo, and Diego de Buen came in for Games, Medina and Rivero. Camil Brena replaced Adrian Lozano for the final change.

De Buen extended the lead halfway through the game to 5-1, and Aguirre finished things off to seal the 6-1 victory.

Los Guerreros will play one more preparation match in Cancún against Venados FC this Friday, June 28, before returning to Torreón for three days. On July 3, the group will travel to the United States to face Rayados and Toluca in McAllen and Austin, Texas, and will close their series of preseason preparation games in Torreón on July 13 against Atlas FC.