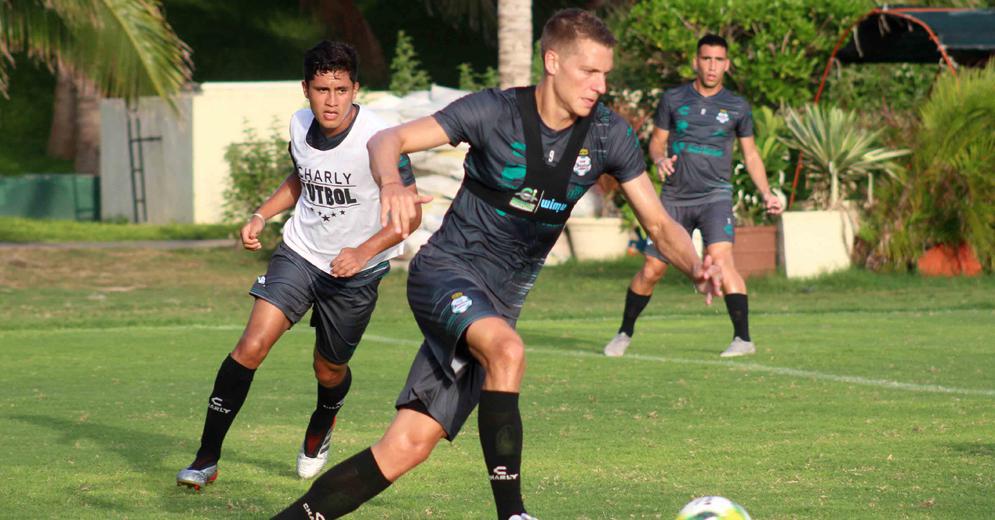 "We are working hard and doing what will surely will be asked of us on the field, which is to have the ball and create as many chances as possible," he said.

Los Guerreros arrived in Cancun on Thursday and have since trained double, sometimes triple sessions on a daily basis as they prepare to face the 2019 Apertura.

"Coach Almada is very demanding," Furch continued. "We are growing accustomed to our first preseason with him, trying to respond to what he wants from the work we've done on the field and during our beach sessions, and surely during the friendly games we have prepared."

Santos has five games on the horizon between June 25 and July 7: vs. Cartagines and Venados FC in Cancún, against Rayados and Toluca in McAllen and Austin, Texas, and against Atlas on July 13 in Torreón.

Furch, who recently signed a contract renewal until 2022, reaffirmed his committment to Santos and his disposition to do whatever possible to help the team achieve success during the next wave of preseason games in order to endure a new tournament under a new leadership.

"I always hold this team to the highest regard terms of importance," he said. "That's the main thing for me -  I try to help in every way and I like to be an example for the young players.  As for my goals, everything goes hand in hand. Obviously my confidence helps a lot and it's nice to set goals, but I always put the team first."

"The objectives are always to aim as high as possible from the beginning, try to go back to what we did a year ago and win titles in order to make our fans happy again."