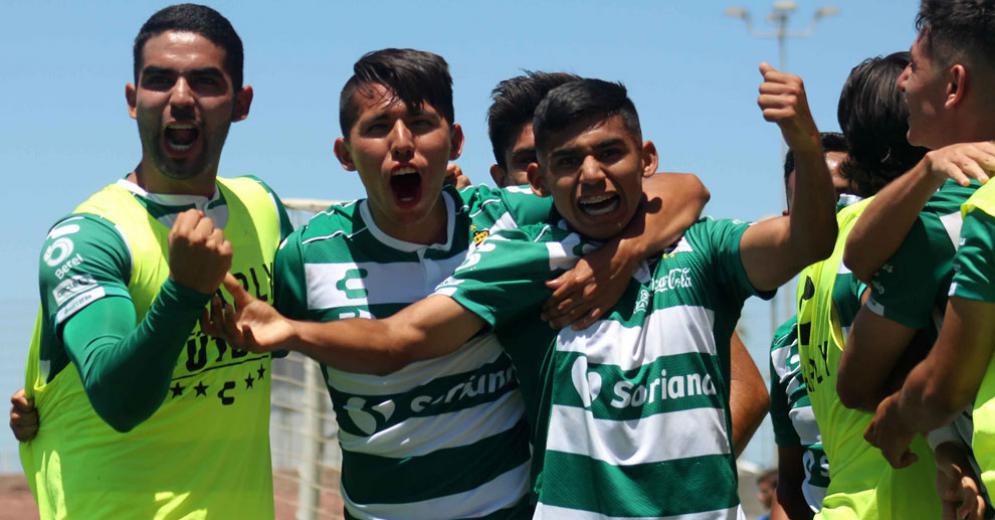 Santos U17 and U20 advance to semifinals of 2019 Clausura liguilla

With two valiant victories at home to close the quarterfinal series, both the U17 and U20 teams came out on top with 2-1 and 2-0 victories, respectively, to advance to the next round.

The U17 went into the second leg tied at 0-0 on aggregate after a scoreless first leg in Mexico City. This afternoon, the group came back from a 1-0 deficit in the second half after conceding a penalty to Club America, and later finding themselves down to 10 men after a red card was shown to Manuel Muñoz for a hard foul.

With two goals by Omar Campos and Maximiliano Ramirez, los Guerreros fought until the death to seal the win and advance to the semifinals, where they'll face Atlas for a pass to the final.

Club Santos' U20 team fell 2-1 in the first leg in Toluca but bounced back at home, with goals by Alonso Valadez and Beto Ocejo. They'll face Monterrey in the semifinals.